Another month, another major update!

A new area has been added that replaces the fourth level: a sprawling industrial complex set in a chasm. This will serve as the basis for the final challenge and multiple endings, coming in next month's End Game Update.

The player's punch attack has been replaced with a knife swipe attack. Although it does the same amount of damage, it can now be used to break crates as well:

Everything that previously did toxic damage now fills a gauge instead of hurting the player. When the gauge is full, you're dead! ☠

Next month's update will add additional achievements, multiple endings, and some long-overdue quality of life stuff (key bindings, sound settings). And then it's time to start thing about the full release! 😲 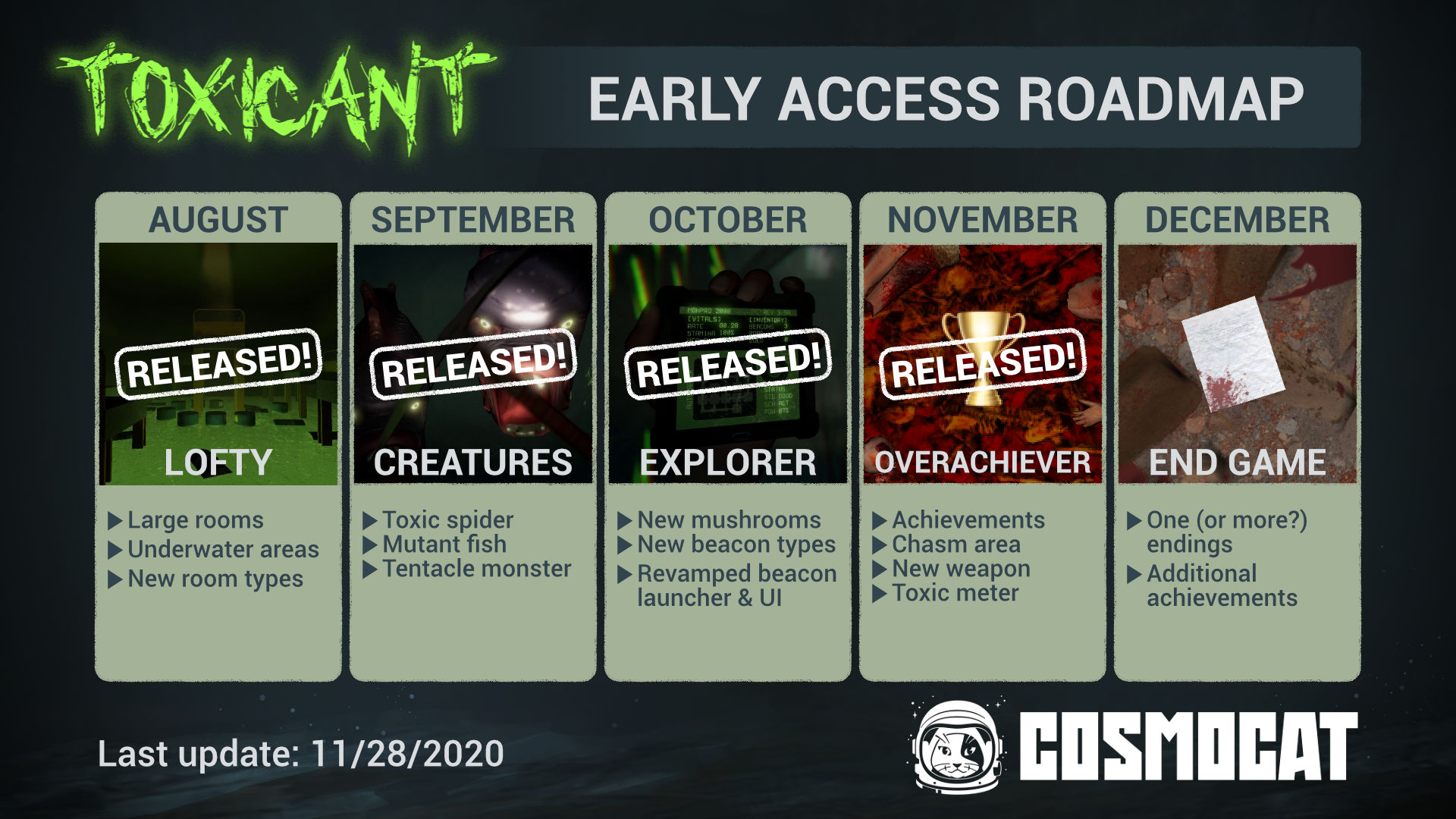